The data node's "Operations" tab shows the details of an operation and allows to manipulate it.

The rightmost column of the screenshot allows to manipulate the sequence of operations. Besides the standard manipulations of adding, editing, and deleting, it allows

Only subsequent operations starting with the first operation of the data node can be moved to the parent node. They are appended to the sequence of operations of the parent maintaining their sequence. Moving isolated operations would cause inconsistencies in the calculation path. See also Move an operation to its parent node. 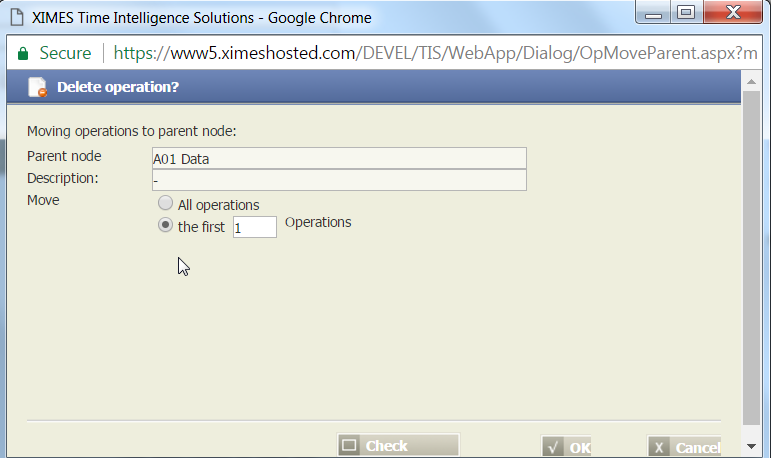