A TIS Project is where calculations take place. A TIS Project aims at converting input data to a set of tables or graphs containing the data or parts of it in a desired format.

A TIS Project consists of a set of data nodes and a set of parameters. A data node contains a sequence of operations resulting in its result table.

The screenshot below shows the main working area of a project – a list of its data nodes. The order of the data nodes in this list is alphabetical according to their names.

The data nodes can be organised in different folders in the leftmost area, e.g., here only folder "A Group".

Selecting the project name in the leftmost column gives access to the project's settings. The following information can be entered, as shown in the screenshot below. 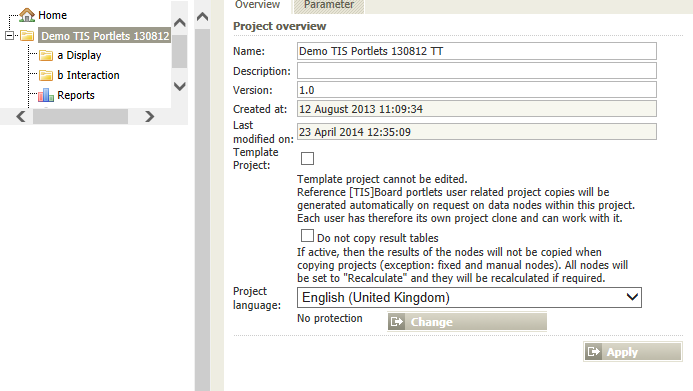