A project is the largest building block of the TIS Editor. In a project, input data is converted to tables or graphs containing (parts of) this data in a desired format. The conversion is done by operations applying operators.

The tables in a project are organised in data nodes and folders. A folder contains one or more data nodes. A data node contains a sequence of operations resulting in the data node's result table.

A project is opened by clicking on its name on the homepage. Opening a project leads to a list of the project's folders in the left column and an overview on the data nodes contained in the selected folder. 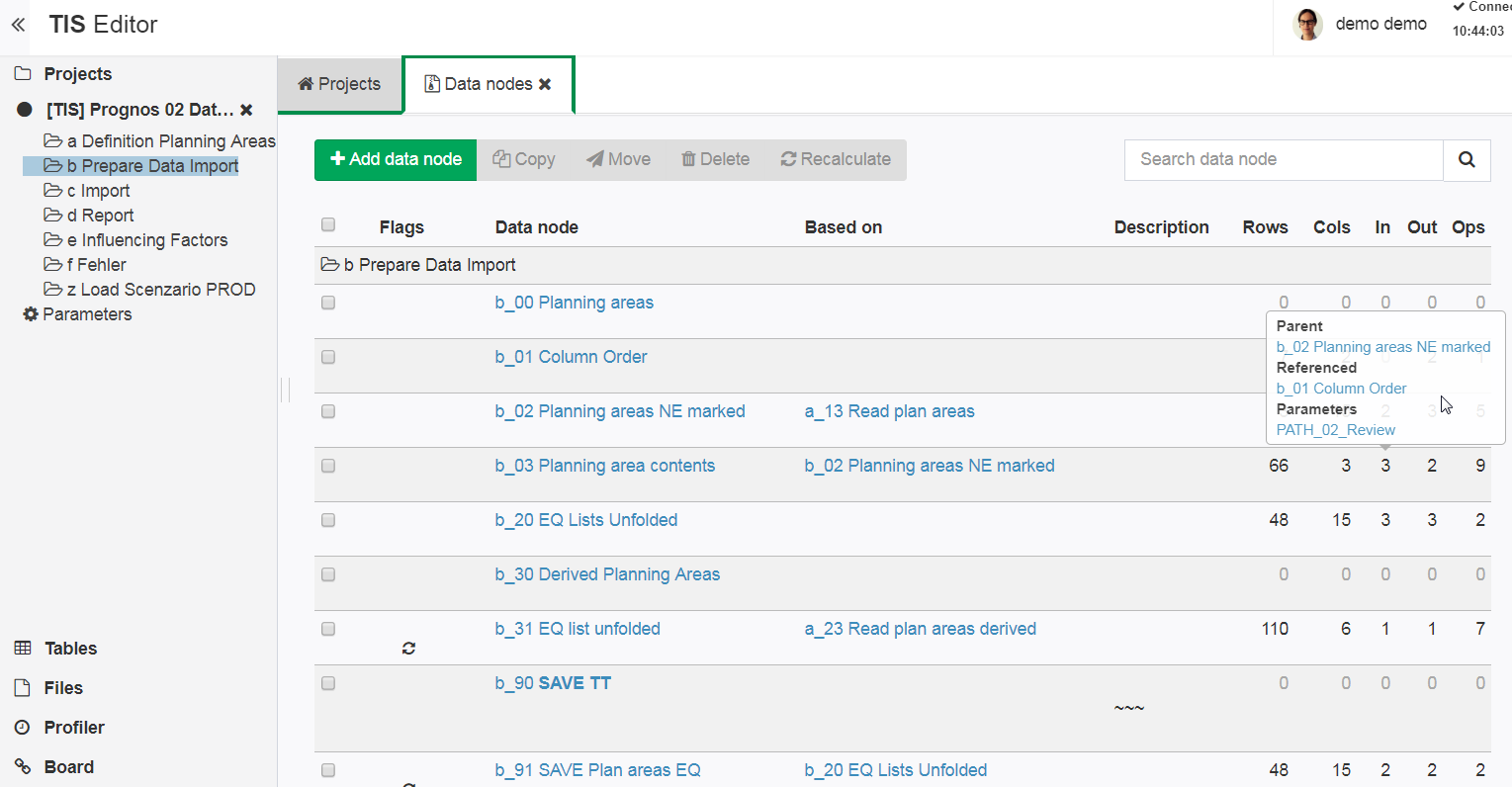