This portlet displays a grid with data from a TIS Table. It allows to edit the data in the TIS Table, e.g., to change values, to add or delete rows, or to change the order of the rows. Data can also be copied into the editable grid from Excel (see Copying Data between Excel and TIS Board). 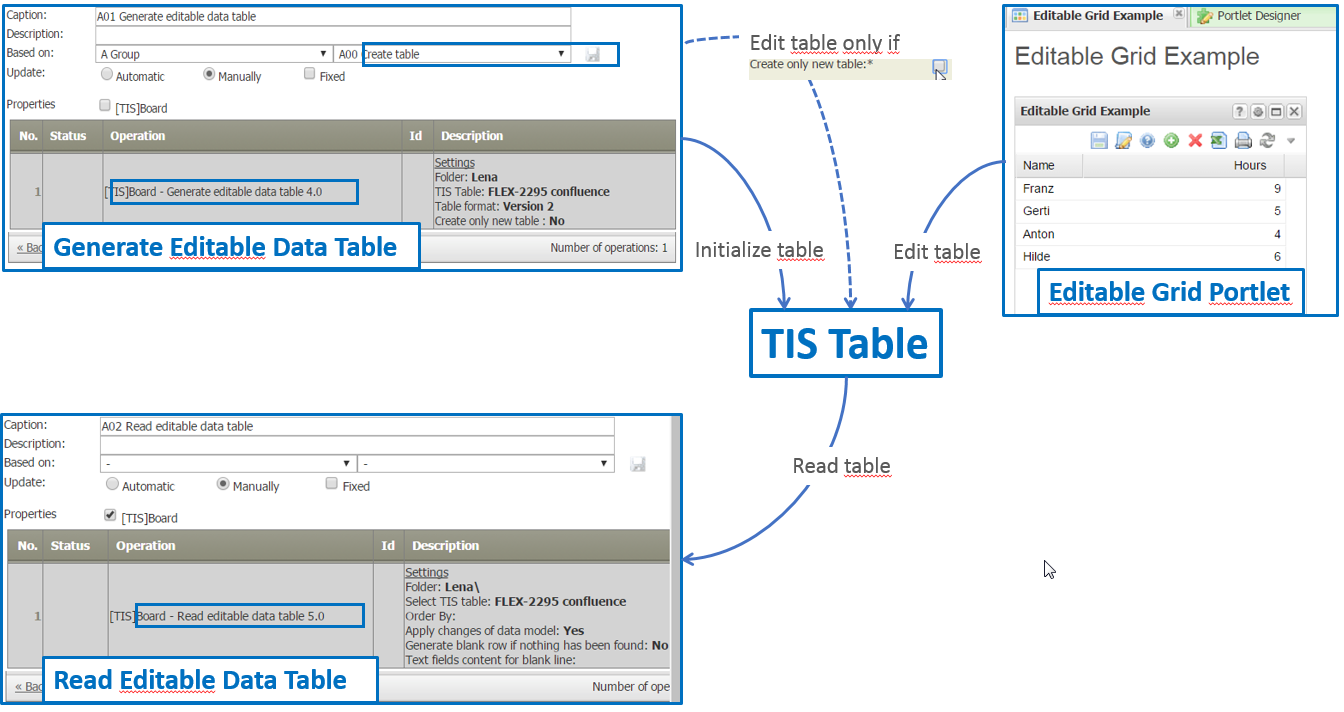 Conflicts can occur when the table is edited by both, the Generate editable data table operation of the init node in TIS Editor and by the Editable Grid. In particular, when the init node is set to Automatic update (see Update process between data nodes), changes in an ancestor of the init nodes triggers the operation which overwrites data entered from the Editable Grid Portlet. Also, the operation can be triggered by an event from TIS Board, e.g., in order to create a new TIS Table with some user's name on Logon. The following options deal with this problem.